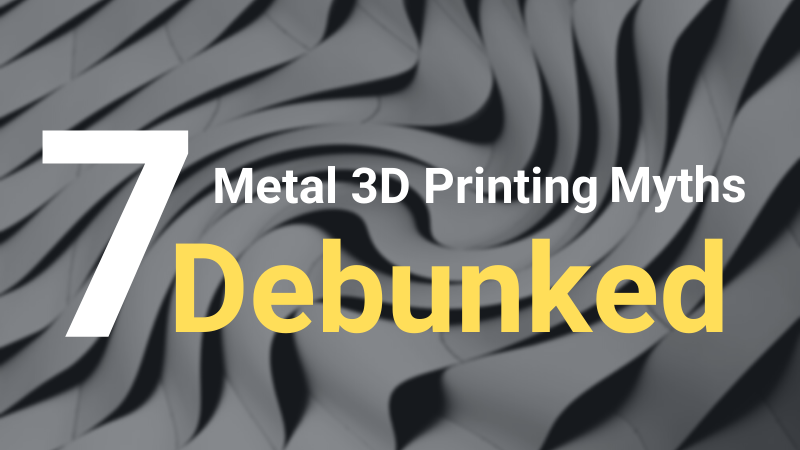 The lack of understanding of metal 3D printing capabilities and limitations remains one of the key challenges to greater adoption of the technology. Misconceptions that have emerged around the technology only add fuel to the fire.

In today’s article, we’ll be dismantling some of the common myths surrounding metal 3D printing, to uncover the truth and arm you with the facts.

1. Metal 3D printing is too expensive

Metal Additive Manufacturing (AM) can be an expensive technology to own. Some metal AM systems can cost up to a million dollars, making them affordable only to large enterprises.

That said, some companies recognise that this kind of capital investment is out of the question for smaller firms and machine shops and have specifically developed 3D printers at a price point below $200,000. Such systems are aimed at democratising metal 3D printing, unlocking the technology for broader markets.

In most cases, these companies have equipped their systems with more cost-effective components to reduce equipment costs. For example, LMI’s Alpha 140 3D printer uses a diode laser, which is cheaper and less prone to damage than a CO2 laser. And, instead of expensive scanner systems, the Alpha 140 is equipped with a Cartesian-motion laser system. Thanks to these changes, the company has been able to lower the price of its machine to under €100,000.

Furthermore, other companies, like Desktop Metal and Markforged, have developed a new approach to metal 3D printing to make it more affordable. Both Desktop Metal’s Studio System and Markforged’s Metal X systems are based on similar technology, whereas metal powders encapsulated in the plastic filament are extruded through a nozzle to create green parts which are then sintered in a furnace.

Priced at less than $200,000, both Metal X and Studio System have sparked new possibilities in metal 3D printing by making the process less expensive, office-friendly and easier to manage.

2. Most metal AM systems are similar

Another common misconception is that all metal 3D printers are similar. In reality, there are as many as five key metal 3D printing technologies, each with its unique requirements and functionality.

Even within the same technology group, 3D printers can vary substantially. Take metal Powder Bed Fusion (PBF), the process where metal powders are fused layer-by-layer by a powerful heat source, as an example. While the key idea behind PBF remains the same, there are several quite unique takes on the technology.

For example, VELO3D has developed a powder bed fusion 3D printer which features a unique recoater mechanism and is tightly integrated with the software. This provides the system with a unique capability of printing parts with almost no support structures.

In another example, Aurora Labs is developing a PBF metal 3D printer, which will be able to print parts at an unprecedented PBF technology speed of up to a tonne of metal per day.

Overall, the metal 3D printing landscape is quite complex and can be difficult to keep track of. You may want to check our Definitive Guide to Metal 3D printing to learn more about the technology.

3. Metal 3D printing is suitable only for low-volume production

Metal 3D printing is indeed a go-to technology when looking to produce small volumes of parts. However, its capabilities don’t end there. Some metal 3D printers, in particular those that are based on binder jetting technology, can accommodate medium to large batches of parts.

One company illustrating this is 3DEO. The metal 3D printing company developed a patented Intelligent Layering technology, which enables it to achieve high-volume, repeatable and automated production for metal parts. 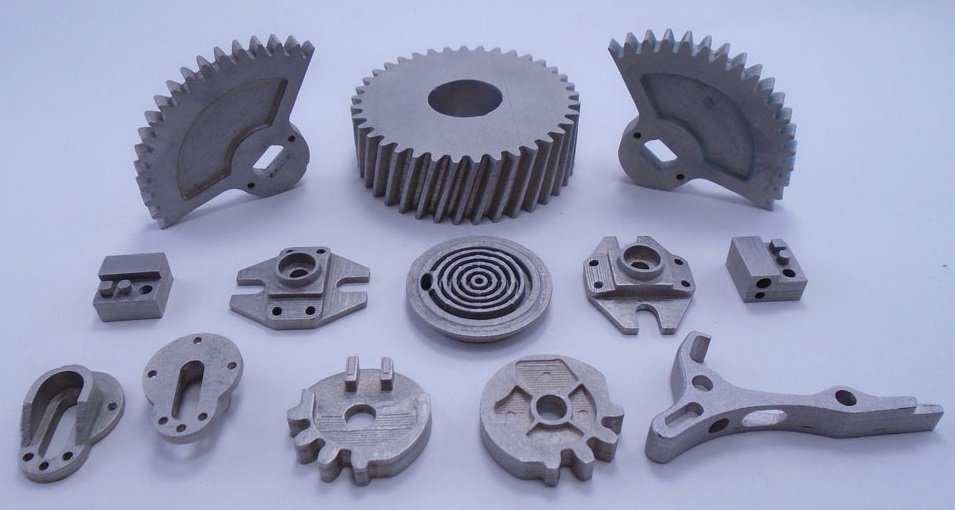 3DEO’s additive process is based on three steps. First, the machine spreads a thin layer of standard Metal Injection Moulding (MIM) metal powder. Then it sprays a binder onto the entire layer. Lastly, it uses a CNC end mill to precisely define the shape of the part at each layer. This hybrid approach allows the company, which uses its technology as a service, to handle orders of 250,000 pieces per year.

Another example is Desktop Metal’s Production system, a binder jetting machine capable of printing at up to 12,000 cm3/hr, which translates into over 60 kg of metal parts per hour. Such speed is orders of magnitude faster than most metal 3D printers on the market, which makes it ideal for producing complex metal parts at high volumes.

As potential alternatives to traditional methods like machining, these methods showcase that the industry is developing solutions for faster metal 3D printing, taking the technology into a new realm of higher volume production.

Metal AM was indeed first adopted for high-end applications in the aerospace and medical industries. However, with the proliferation of more affordable metal 3D printing solutions, the range of applications has expanded to spare parts, functional prototypes and custom tooling.

Interestingly, the ability of 3D printing to improve existing manufacturing processes with additively produced moulds, jigs and fixtures is regarded as one of the primary benefits of AM, according to the recent EY report. 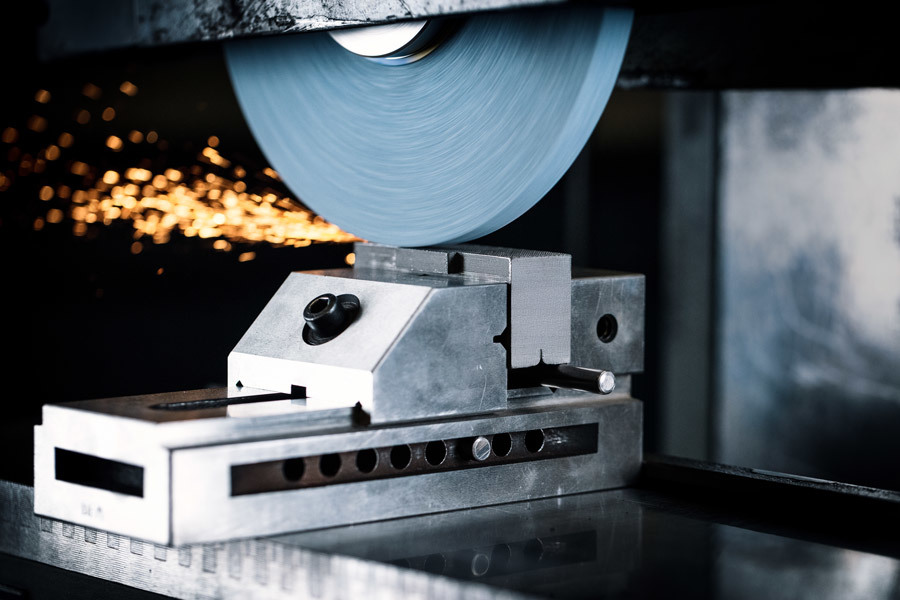 This process allows Built-Rite to make the components 90 per cent cheaper and 30 per cent faster than when outsourcing, while reducing the weight, and therefore material use, by 40 per cent.

When it comes to spare parts production, metal AM can help to address several major after-sales and repair cost drivers: high inventories, older spare parts that have lower demand and outdated or non-mover parts in warehouses.

Clearly, the benefits of metal 3D printing go beyond expensive aerospace and medical components, as it becomes a technology with a broad range of lower-end applications.

Many manufacturers remain unsure of whether the quality of metal 3D-printed parts can be the same quality as conventionally manufactured parts. This misconception has arisen largely because of the novelty of metal 3D printing, which still must prove its suitability for production of end-use parts. 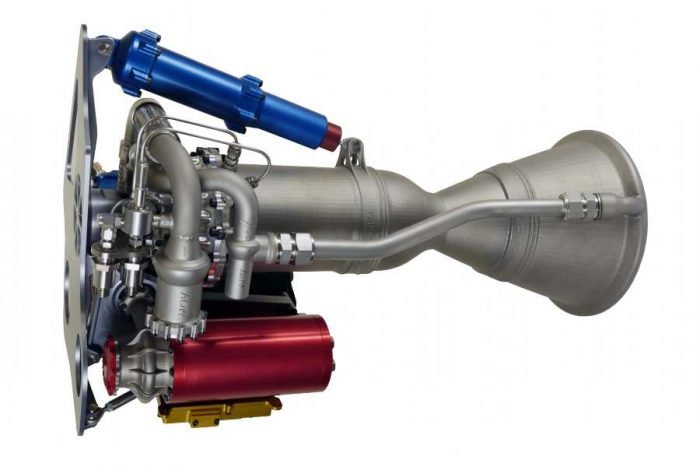 In actuality, technology adopters have already proved that the quality of metal 3D-printed parts equals, or even exceeds that of conventionally manufactured alternatives. That’s why we increasingly see metal AM parts being used in critical systems like rocket engines, heat exchanges and various turbine parts.

While achieving a qualified metal AM workflow can be a challenging task, manufacturers are adopting this technology to ultimately reap the benefits of better-performing, lighter and more efficient metal components.

As the demand for larger metal parts grows, the technology has evolved to enable the production of larger components.

In 2020, most 3D printers, particularly those based on powder bed and binder jetting technology, create small parts, measured in centimetres. For example, in the case of a PBF technology, whereby layers of metal powder are melted by a laser or electron beam, large parts are difficult to create due to the build-up of stresses within a part. The larger the part, the greater the temperature changes, which increase residual stress and the change of part deformation.

That’s why the production of larger parts is often done by other metal AM technologies, like Direct Energy Deposition and Wire Arc Additive Manufacturing.

For example, metal 3D printer manufacturer, Sciaky, offers some of the largest metal 3D printers around, driven by its Electron Beam Additive Manufacturing (EBAM) technology. Sciaky positions its AM system as a faster, more affordable alternative to large-scale forgings and castings.

EBAM uses a process like welding, where an electron beam is used to melt metal in wire form. This means the technology is well-suited to processing a wide range of weldable materials, from titanium to Inconel and stainless steel. 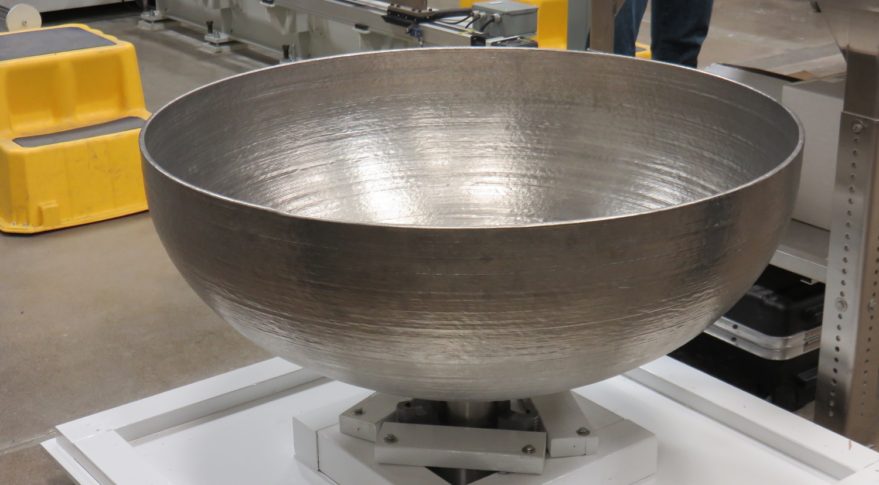 Lockheed Martin is one of the users of EBAM technology. The aerospace company applied it to create two giant domes for high-pressure tanks that carry fuel on board satellites. The technology enabled Lockheed Martin to 3D print two domes, each measuring 116 cm in diameter, in three months instead of two years – a whopping 87 per cent reduction in lead time.

The last misconception we’ll discuss today is that powder reuse and recycling in a laser-based PBF process negatively impacts material properties and leads to inferior parts.

In PBF, after the printing process is complete, the unmelted powder is recycled and then blended with new powder in a specified proportion. However, engineers, sceptical about material recycling, often specify a maximum powder age and require AM providers to discard all old powder.

Yet, multiple studies prove that reusing and recycling powder with the proper controls not only has no effect on mechanical properties, but also enables laser-based PBF to be a more efficient and economical AM process.

3D printing service provider, Stratasys Direct Manufacturing, for example, conducted in-depth research on the impact of recycling on parts made with nickel-based superalloys. By measuring different parameters, like tensile and yield strength of parts 3D-printed from recycled material, the research found that recycling has little to no influence on the room or elevated temperature properties of Inconel 718 and Inconel 625.

In another study, Renishaw, a manufacturer of metal 3D printers, has run a total of 38 builds using a recycled titanium alloy Ti6Al4V ELI (Extra Low Interstitial) powder. The company concluded that the changes in the powder over the period of the study were not significant enough to affect the material parameter settings, and there was no evidence to suggest powder disposal would be necessary.

As the metal 3D printing continues to mature, one of the ways of making the technology more mainstream is by educating people on the true capabilities and limitations of the technology.

Ultimately, armed with up-to-date knowledge, the metal AM industry can move faster along the industrialisation path, unlocking the technology for broader markets and applications. 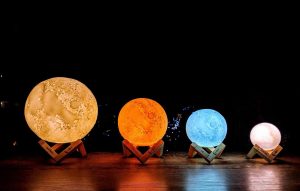